big news and the {very personal} story behind it 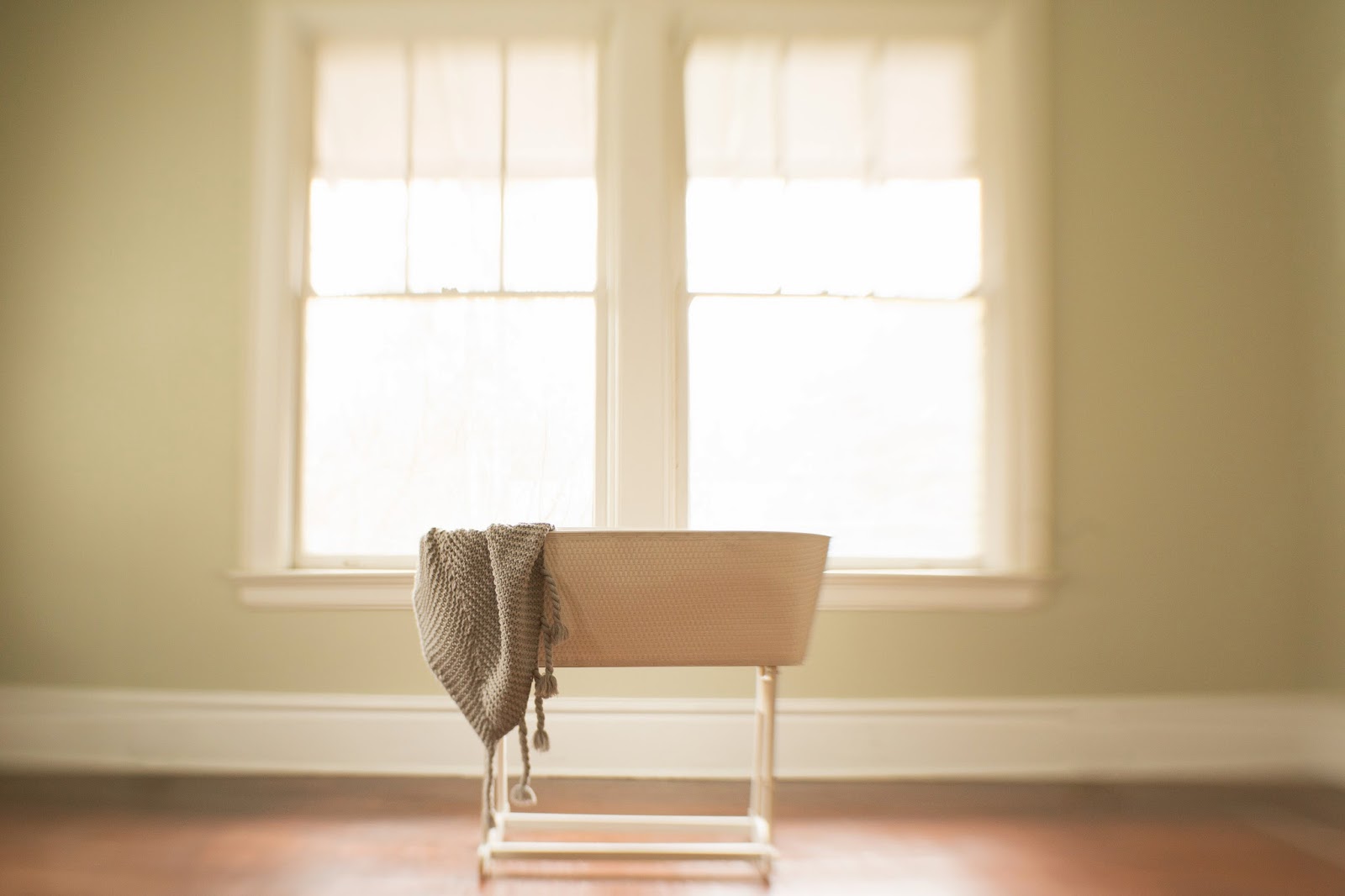 I would be lying if I didn’t say that there was a time that I couldn’t look at Facebook. If I had to be faced with yet another happy birth announcement, pregnancy announcement or obligatory sonogram photo- I was going to scream. This is not to say that I was not happy for friends announcing and proudly sporting their new ‘bumps.’ However, to me, it felt like an emotional ‘hit and run’ scrolling through my newsfeed.

And this is exactly why I have decided to publicly share my story (I will apologize ahead of time for length). I did not want to be the reason why someone’s day was ruined by checking Facebook or worse yet, why they lost hope in their journey of infertility.

My husband, Steve and I had recently purchased our first home together and decided that there was no time like the present to begin to fill the rooms in our new said home.

However, by September 2012 we were nowhere closer to filling our home. I was extremely frustrated and not to mention, had a growing pain in my left abdomen. After a few weeks of dealing with the sharp pain, I decided to make an appointment with my OBGYN. I was given an ultrasound and was told that I had a cyst on my right ovary, but that it would go away on its own within the month.

Less than two days later, I received a call from a different doctor in the practice (one that I had never met) telling me that my results had luckily passed her desk and that my cyst was in fact the size of a small melon and inside of my right ovary. I needed immediate surgery to remove the melon.

In mid October 2012, I went in for surgery to have the cyst removed. Because of its size and weight, my right fallopian tube was destroyed beyond repair and removed during the surgery. It was also discovered at that time that I had severe endometriosis (which happens to be the reason for the cyst) and most likely, the reason why I was unable to conceive. This was hard news to hear as I began to think the worst.

Immediately following my surgery, my doctor encouraged Steve and I to try and conceive naturally. Even with one fallopian tube and severe endometriosis, she felt that I still had a fighting chance.

However, by February 2013, I was beyond frustrated. Annoyed. Angry.
Nothing was working. I needed a new plan. That month I decided to make an appointment to meet with a reproductive endocrinologist. I was bringing in the big guns!

During the consultation, it was decided that due to my surgery, endometriosis and age (ekk!), IVF was the best course of action. There was no passing ‘go,’ no collecting $200, I was going straight to the most invasive and costly procedure one can have in the world of infertility.

In order to prepare for my round of IVF, I began taking daily pills and shots beginning in April 2013. I was by.the.book. If I was told to take a shot at 9pm—you better have believed that I took the shot at 9pm sharp!

After months of pills, self-inflicted shots and more raging hormones than a teenage girl at a Bieber concert, I went in for my retrieval on July 10.

Three days later, I had two little embryos transferred and went on five days of mandatory bed rest (this sounds a lot more glamorous than it really is!)

I was in high spirits and thinking positive thoughts when I received a call from my embryologist midway through my bed rest. None of the remaining embryos had survived (meaning that we were unable to freeze any of them for a possible second round). It was then that I began to think that the round was not going to be successful.

On July 24, my fears were confirmed that the round was in fact unsuccessful. I was not pregnant. This is a call like no other and one that I do not wish upon anyone. Months of preparing- emotionally, physically, financially…all for nothing. I was devastated. Steve was devastated.

To me, the story was ending here, at least the IVF story. I was done. Tired. Drained. I was ready to begin a new story and began thinking of adoption. However, Steve insisted that we try one more time.

Exactly one week after the dreaded call, we found ourselves back at our endocrinologist’s office. I wanted a new plan of action. I remember looking at my doctor and saying, “This is it, so let’s make it work.” I had already decided that I wouldn’t go through this for a third round. I couldn’t.  He recommended changing my medication and putting me on a much stronger injection that essentially would put my body into pre-menopause. As you can imagine, I was a constant pleasure for the following months (I feel like I may owe some folks a public apology!).

That same week I made an appointment with an infertility acupuncturist, Adrienne. She had mentioned to me that due to my endometriosis that I try to eliminate dairy from my diet. In fact, she had suggested trying and eliminating gluten and grains as well and going full paleo. As you can imagine- my initial thought was ‘Pre-menopause and a very limited diet…Christmas came early!’ But nonetheless, I decided to give it a try and (as many of you did actually know), went 100% paleo that very same day.

Adrienne was convinced that it would help. I remember leaving on my first day of acupuncture and she saying to me, “It’s going to work. I just know it.” I got in my car and heard Katy Perry’s ‘Roar’ for the first time that day. I blasted the radio to the point that the car was shaking. I had decided that that was my new mantra going into the second round of IVF.  It was going to work.

After what seemed like a lifetime of blood tests, doctor’s visits, shots, pills, paleo and acupuncture, I went back in for my second round of IVF on December 3.

This time, my college friend drove down from Pennsylvania to help me with my five days of mandatory bed rest. It was one of the best memories that I have to date. We snuggled in bed like two little girls, laughed about old times, watched Christmas movies and sought promise in what was to (hopefully) come.

On the morning of December 17, I went in to my doctor’s office to give blood work.  This was it. Results day. I had given directions to the nurse to call Steve at work and then Steve was to call me directly afterwards.

I had come home from the doctor’s office and decided to sit by the Christmas tree and to listen to Christmas music. It is not secret that I love the holiday season, so I wanted to soak it all in that day in case my Christmas miracle did not come through. It was then that the garage door went up. My heart sank. This was not a part of the plan. Steve was supposed to call me. My head was spinning when Steve appeared at the front door with a biggest smile that I had truly ever seen on his face and two thumbs high in the air. “You did it!” he shouted. “We’re pregnant!”

As you can imagine, we are beyond ecstatic (it’s been soooo hard keeping this secret for so long) and ready for the next chapter in our life. But I am oddly grateful for the journey that has been given to me. I never thought this would be my story, but it is and it’s mine to share. It has taught me so much about myself. I learned that I am much stronger than I ever could have imagined. My relationship with Steve is stronger. My faith in God is stronger. For all of this, I am grateful.

If you know of someone who is struggling with infertility, the best advice that I can give is to respect the amount of information that they choose to share with you. This is an extremely personal journey and not everyone wants to share minute-to-minute details. When they are ready to share, they will.  Additionally, I would highly recommend paleo and acupuncture as part of anyone’s infertility treatment. While my doctor was ah-mazing, I truly believe that the paleo and acupuncture were the icing on my gluten/dairy-free cake.

Lastly, I pray that if this story is all too similar to yours, that you too, one day, will get your Christmas miracle.  Just like my acupuncturist once told me, “It’s going to work. I just know it.”
Posted by Favor Me Events at 8:56 AM 10 comments:

Email ThisBlogThis!Share to TwitterShare to FacebookShare to Pinterest
Labels: personal

Funny what weather can do! My plans for today dramatically changed due to this incredible snow storm that Charlotte is currently experiencing. I was supposed to be heading to the Foundation for the Carolinas in less than an hour for a rehearsal for a Valentine's Day wedding.  Instead, I have spent the day speaking with vendors and postponing said wedding until Saturday. I can truly say that this is a first!

So, since I will not be heading up to the Foundation for the Carolinas, I thought that I would blog about another upcoming wedding there.

Meet Favor Me Events couple, Sarah and Michael.  This adorable duo is set to marry on June 7th at Foundation for the Carolinas (I doubt we should have any chance of snow that day).

Please enjoy some images by the talented, Kristin Vining Photography. 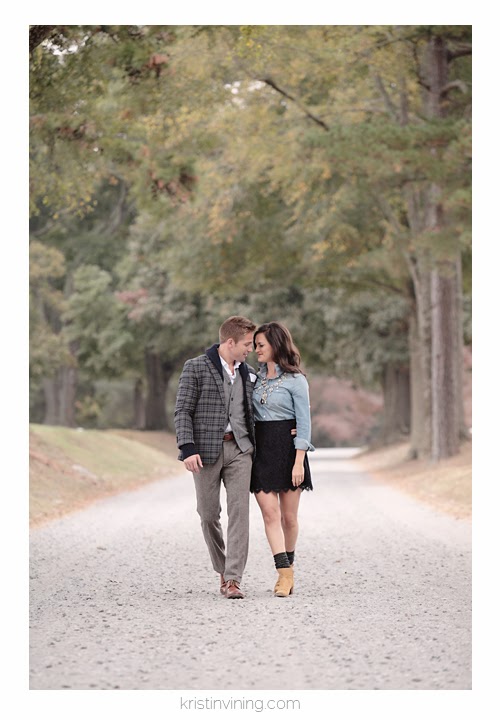 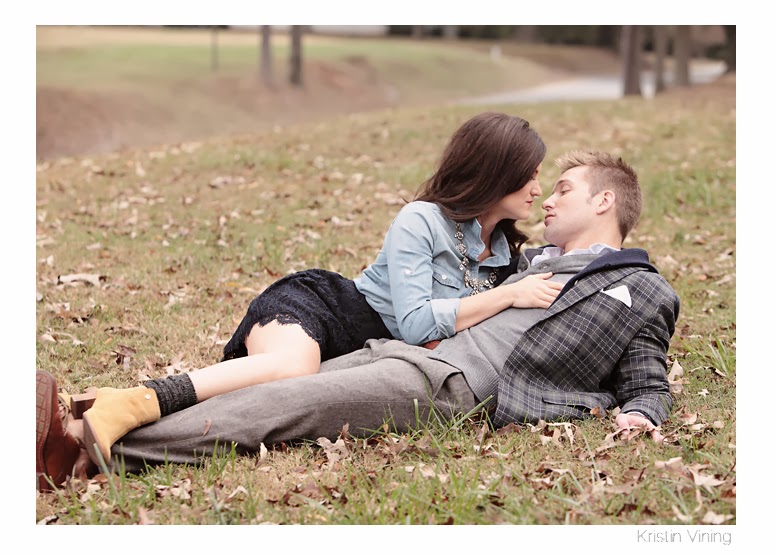 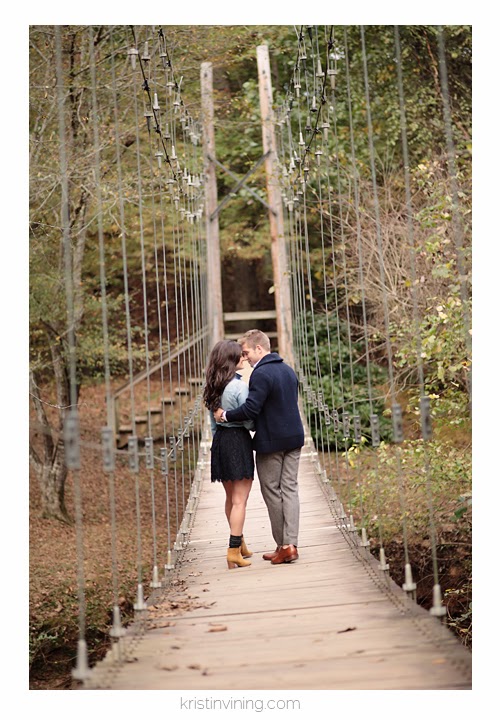 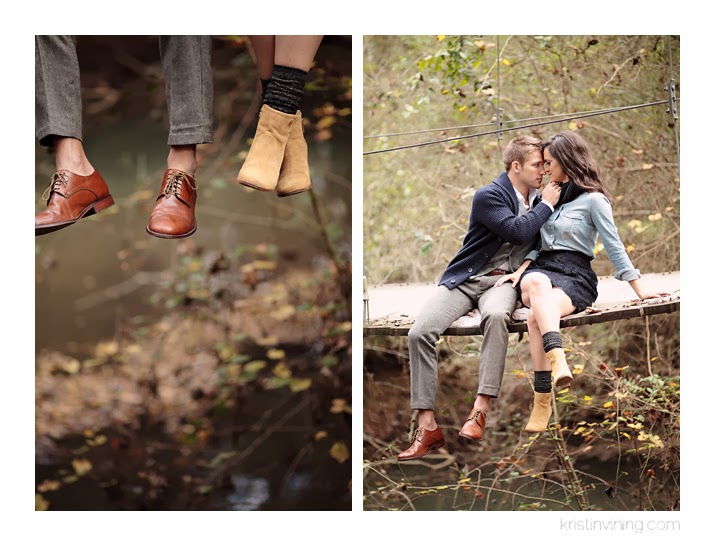 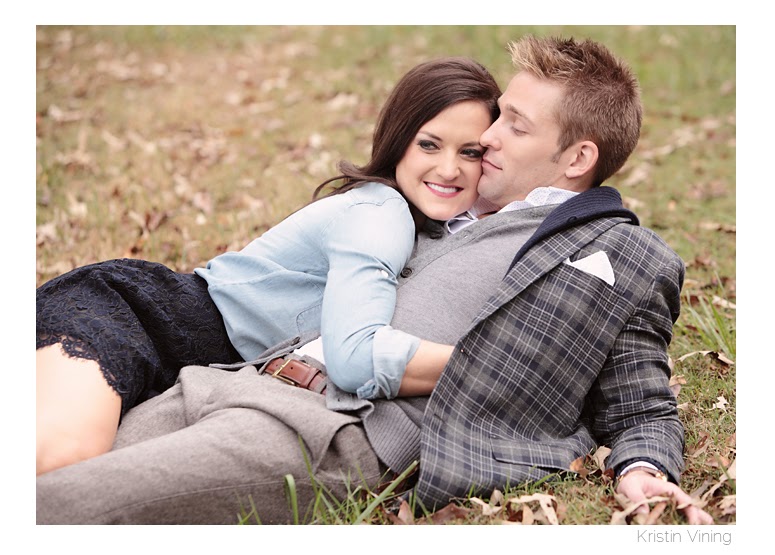 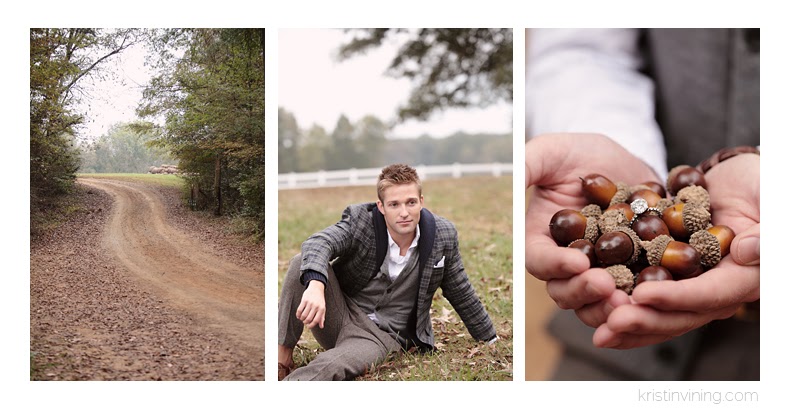 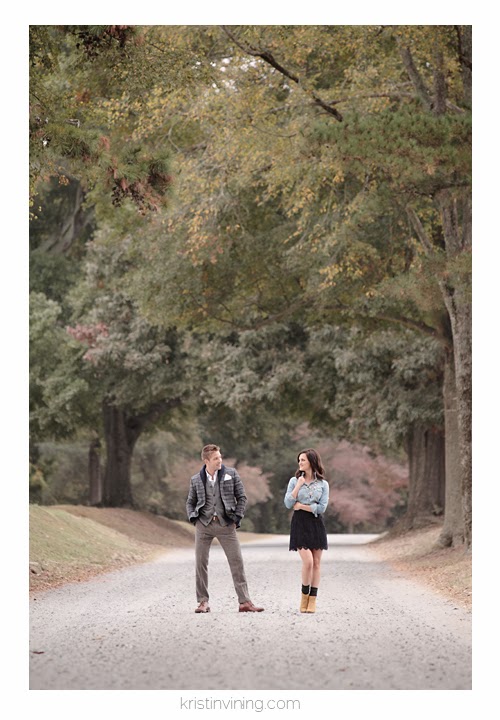 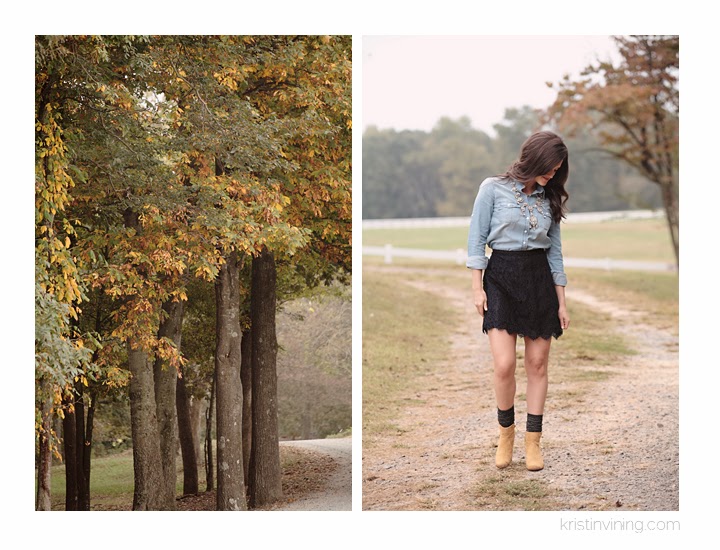 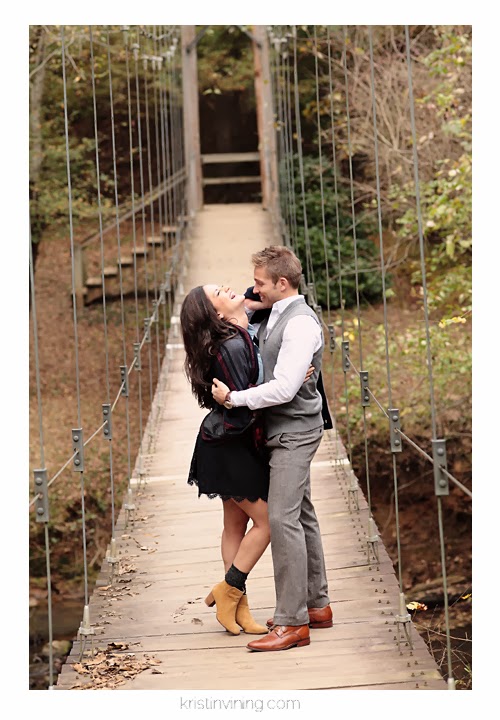 Looking forward to your wedding day, Sarah and Michael!

with love.
Anne
Posted by Favor Me Events at 3:17 PM No comments:

Hello, winter wonderland! Charlotte is under a blanket of snow today and it reminds me of my childhood up North in Pennsylvania. Although, I am not sure that this would constitute a 'snow day' back in the day!

As much as I love a good snow fall, I am sooooo looking forward to warmer weather. So, let's meet the newest members to the Favor Me Events family, Ashley and Taylor. Their August wedding at The Foundation for the Carolinas is sure to be hot, hot, hot. Umm, can we talk about how crazy beautiful this couple is?!

I have had the pleasure to spend some quality time with Ashley these past few days as we meet design vendors and finalize her look for the wedding. Think mints, golds and soft blush hues. Yes, please!

Please enjoy some photos taken by the amazing Kristin Vining! Makeup/hair by Lindsey Regan Thorne of Be Pretty. 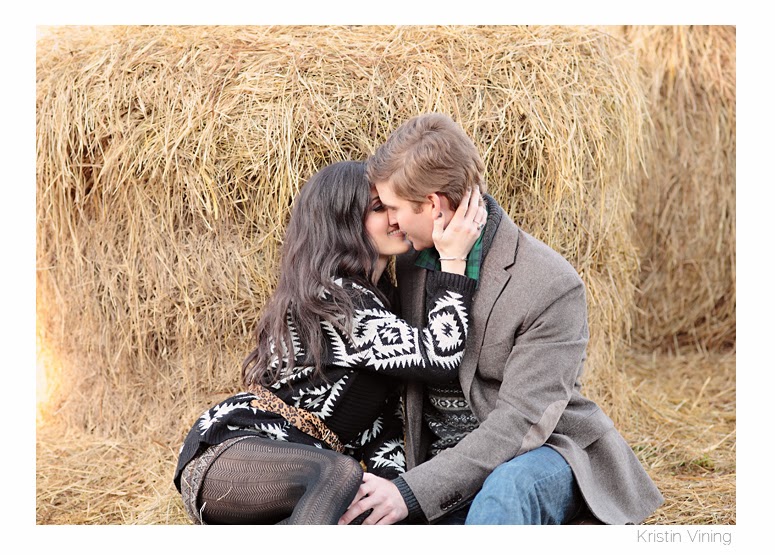 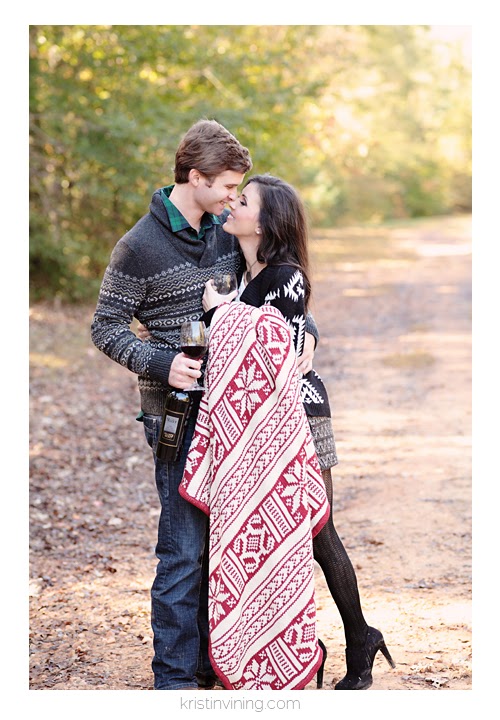 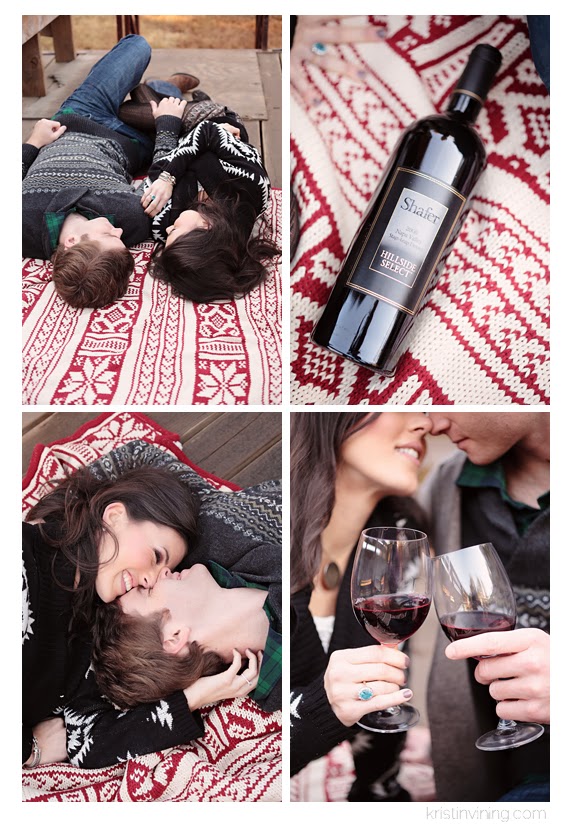 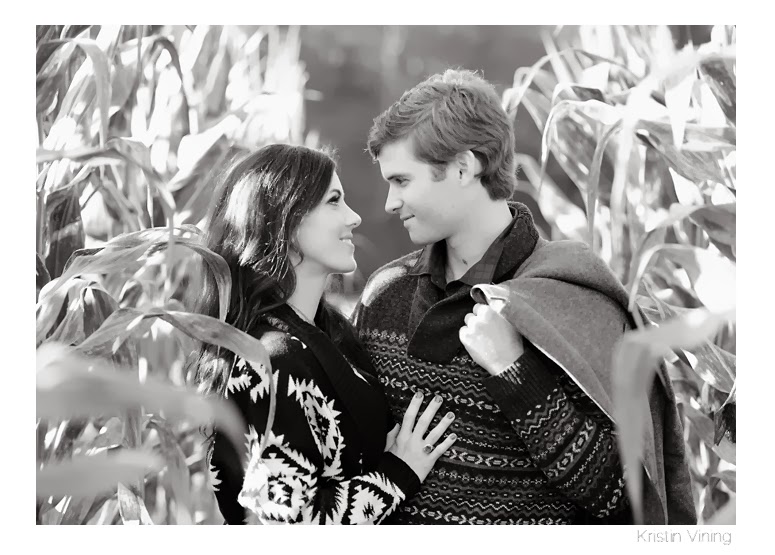 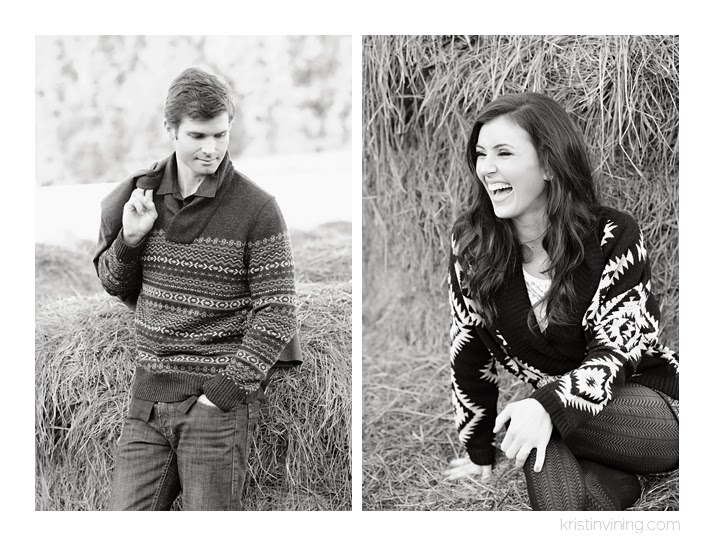 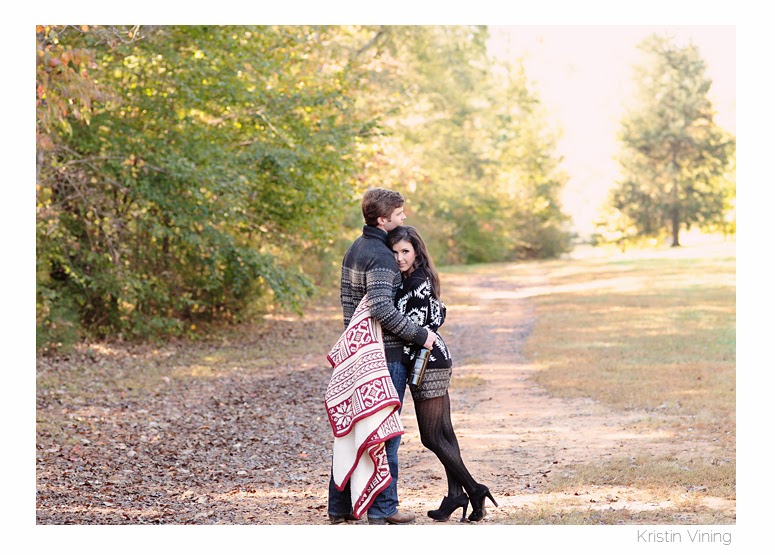 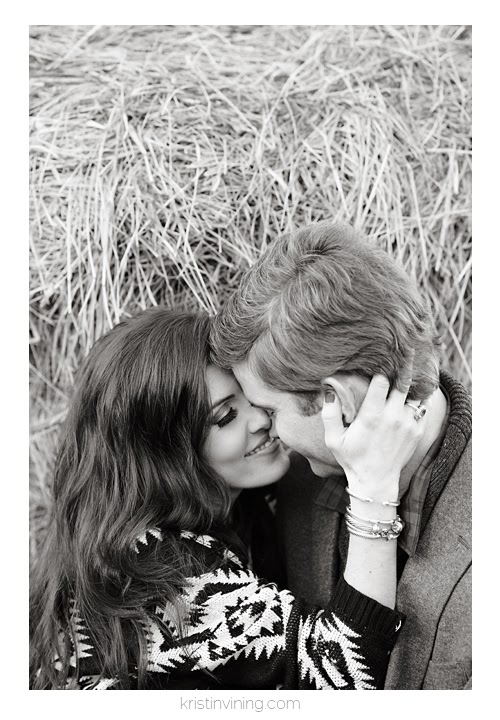 Can't wait for your day, Ashley and Taylor!